Guard Your Heart (Somebody Asked Me Part 1) 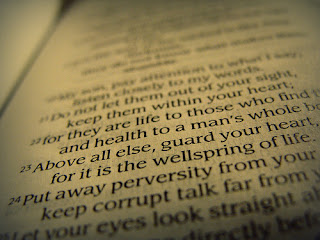 This week we introduce #7 of the TOP10 Dumbest Reasons to Date: Somebody asked me.

I’m not trying to say you should date people who don’t ask you. I’m saying that simply being asked isn’t sufficient reason to accept the invite.

This is obviously the reason so many Baylor beauties went out with me my Freshman year at college, the year the gender ratio tipped in my favor. So I dated because I could (finally get girls to go out with me) and they dated because someone asked them.

And what’s wrong with that? One person wants to ask someone out. That someone wants to accept the invite! It’s a marriage made in heaven (or at least it’s a date). Everyone wins!

And everyone does win, until someone’s heart gets hurt.

Huh?! What?! Who said anything about cardiac injury?! It’s not like we’re running with scissors.

That’s the way I felt when I returned to Baylor as a sophomore. I had happily dated without any heart damage the previous year and was ready for more of the same dating frivolity.

Danielle* put an end to that. I still went out with other girls after her, but that was a painful reality check. I needed to check my motives.

You should know the motives of the person asking you out. You should at least know what they believe their motives to be. Are they interested in you… beyond just an evening?

Do you have any idea why they asked you out? You should, because…

When you’re dating you’re dealing with your heart.

Perhaps you’ve felt a little of all of those emotions in the midst of dating? Doesn’t it make sense to approach such an endeavor with discernment? Proverbs 4:23 says, “Above all else, guard your heart, for everything you do flows from it.”

Feel you’ve got a good handle on your emotions? What about your date? Does their heart matter? Is it fair to ask for a little transparency?

I’m not proposing you require a completed date application before going out with anyone (although I think I just described internet dating). If you need an interview and background check to discern the motives of someone asking you out, I’d suggest you probably don’t know them well enough to date them.

Instead of taking applications, get to know potential dating partners in group settings with other friends you know and trust. If you’ve never considered this method of vetting potential dating candidates, I encourage you to read the three-part DNA series called Preventing First Date FAILS.

Once you know someone as a friend, it should feel almost natural to ask, “So what would this date mean?”

Whew! That’s heavy though isn’t it – that kind of honesty and maturity? It’s also smart, and a reasonable response to someone asking you to risk your heart (and theirs).

Actually, what would be ideal is for the other person to state their intentions in their invitation. What would that look like?

Well what do you think? Got any ideas? Love to hear them. Then I’ll share a couple of mine next week.

Dug this weekend’s DNA? Tell your friends by liking or commenting on our FMU Facebook page or on your own Facebook page by clicking the button below.

The LoveEd study guide series, Beyond Sex & Salvation, will empower you to prepare for relational success when it counts: BEFORE YOU FALL IN LOVE! It’s NOT for couples, but for any wise individual who thinks they might want to get married sometime before they die. Check out the first two 8-lesson study guides in our store. You can walk through it on your own, but it’s more fun with friends, so consider putting together an FMU LoveEd small group study. Even better?  And ask a married couple you respect to lead it!

* Not her real name.

Categories: DATING, Learn from My Mistakes, Somebody Asked Me, TOP10 Dumbest Reasons to Date
Tweet

Get the intro chapter of Date Like You Know What You’re Doing NOW!